Reporting Foreign Real Estate and Rental Income to the IRS 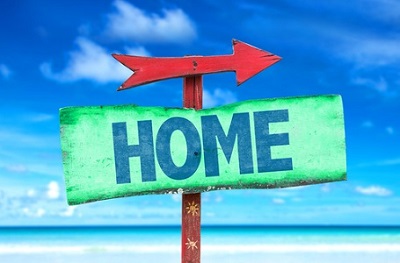 Many of the 9 million Americans who live overseas have settled abroad permanently, perhaps because they have retired abroad, married a foreigner, or fallen in love with a particular place.

Many of these long-term expats purchase foreign real estate, either to live in, or as an investment to provide them with rental income.

All American citizens and green card holders are required to file US taxes though, reporting their worldwide income, including expats, even if they also file foreign taxes.

Unfortunately, the tax treaties the US has with other countries don’t prevent expats from having to file. Expats also often have to report their foreign accounts, assets, and investments under FBAR and FATCA rules.

Although they have to file, expats never end up paying more tax overall on their income than the higher of the two tax rates (the US rate and the rate in the country where they live), and by claiming one or more of the available IRS exemptions (such as the Foreign Tax Credit or the Foreign Earned Income Exclusion), many expats end up not  owing any US tax at all).

In this article, we look at the US tax implications of owning foreign real estate in terms of rental income, asset reporting, and capital gains.

The same deductions can be applied as for rental property in the US, including mortgage interest, local property taxes, repairs, and management fees and expenses, however both foreign rental income and deductions must be reported in US dollars. The IRS doesn’t specify which currency exchange calculator expats should use, so long as it is recognized and that expats are consistent, in terms of using the same calculator.

Expats who pay foreign taxes on their foreign rental property income can claim US tax credits on a dollar for dollar basis to reduce or in many cases eliminate the US tax due on their rental income. To claim these tax credits, expats must file Form 1116 when they file their federal return. If they pay more foreign tax than the US tax they owe, they will have excess US tax credits that can be applied to other income types, or just deferred for future use.

If the foreign real estate is owned through a foreign company, there may be US reporting requirements relating to the company, too.

Furthermore, if an expat receives their foreign estate rental income into a foreign bank account, and the balance of the account combined with the balance of any other foreign financial accounts (including any foreign bank and investment accounts that an expat has signatory authority or control over) exceeds $10,000 in a year, then all the foreign accounts should be reported in a Foreign Bank Account Report (FBAR).

Expats who pay foreign capital gains tax on a foreign real estate sale may be able to deduct the amount they pay from their US capital gains liability as a tax credit.

Expats who are behind with their US filing and reporting can catch up without facing any penalties (and while claiming the exemptions that for most expats mean they won’t owe any US back taxes) under an IRS amnesty program called the Streamlined Procedure, so long as they do so voluntarily before the IRS contacts them.

We recommend that expats with any doubts or questions about their foreign real estate US reporting obligations contact a US expat tax specialist at their earliest convenience.