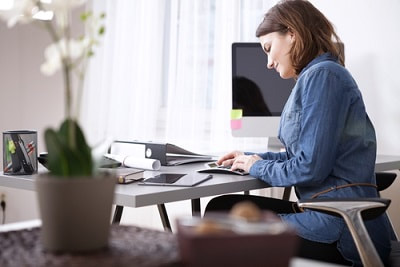 It’s tax time again, and many expats are discovering for the first time that Americans living abroad have to file a US tax return too, just as if they were living Stateside, reporting their worldwide income.

Americans who have been living abroad but haven’t been filing need to catch up to avoid possible penalties.

Most foreign banks and governments are now providing their US account holder and tax information directly to the IRS, so for the first time the IRS has global reach.

Expats have longer to file than Americans living in the US, so some expats may not be late after all. Although any taxes due are still due by April 15th, expats have an automatic filing extension until June 15th, and can request a further extension until October 15th.

Expats filing a US tax return one or two years late

Expats who have missed just one or two years US tax filing can simply back file their late returns.

When expats file US taxes, they can claim one or more exemptions that reduce or in many cases completely eliminate their US tax liability (although they still have to file to claim them).

The primary exemptions are the Foreign Earned Income Exclusion, which allows expats to exempt the first around $100,000 (the exact figure rises a little each years to account for inflation) from US tax liability, and, for expats who pay foreign taxes abroad, the Foreign Tax Credit, which allows expats to claim a $1 tax credit for every dollar of tax that they’ve paid abroad.

Using one or more of the available exemptions, depending on their particular circumstances, expats can avoid double taxation on the same income. Please note that the tax treaties that the US has with other countries don’t achieve this – expats must claim the exemptions that most benefit them when they file their federal return from abroad.

Expats filing a US tax return 3 or more years late

Expats who need to file 3 or more years of US tax returns late to catch up can do so using an IRS amnesty program called the Streamlined Procedure.

So long as they do it before the IRS contacts them, the Streamlined Procedure lets expats catch up with their US tax filing without facing penalties and while still claiming the most beneficial exemptions.

To catch up using the Streamlined Procedure, expats must file their last 3 tax returns, their last 6 FBARs (if appropriate, see below), and self-certify that their previous failure to file was non-willful.

Expats who have bank accounts or investments abroad may also have to file an FBAR, or Foreign Bank Account Report. FBARs are required if an expat has a total balance of at least $10,000 in foreign accounts at any time during the year.

FBARs should be filed online to FinCEN. When filing an FBAR, expats should report all their foreign bank and investment accounts, including accounts that the expat benefits from or has control over in any way, such as trusts’ and business accounts.