Can the IRS Revoke US Expats’ Passports for Unpaid Taxes? 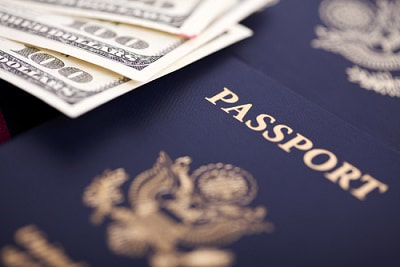 It may leave many US citizens living overseas scratching their heads, but US expats are required to file an annual federal US tax return, reporting their worldwide income, despite living abroad, if they earn over $10,000 a year, or just $400 of self-employment income.

When they file, expats can claim one or more exclusions such as the Foreign Tax Credit if they are paying foreign taxes abroad, or the Foreign Earned Income Exclusion, that relieve most individuals from any US tax liability.

The IRS requires expats who don’t file and claim any exclusions though to pay US tax on their worldwide income, regardless of whether they’re also paying foreign tax abroad on the same income.

While the US has taxed Americans living abroad since the Civil War, it is only since the 2010 Foreign Account Tax Compliance Act (FATCA) that the IRS has had the ability to enforce US tax laws globally.

FATCA obliges foreign banks and other financial firms to report their US account holders to the IRS directly, including contact and account balance information. Those banks that don’t face fines when trading in US markets. This has proved a powerful incentive, and currently around 300,000 foreign financial institutions are providing information to the IRS.

Combined with foreign tax information received from foreign governments under reciprocal agreements, FATCA means that the IRS now has access to most expats’ detailed global financial information, so they know who should be filing US taxes.

Under What Circumstances Can the IRS Revoke US Expats’ Passports?

Hidden within the 2015 Fixing America’s Surface Transportation Act was a provision allowing the IRS to ask the State Department not to allow Americans with Seriously Delinquent tax debt to renew their passport, and in some cases to revoke their current passport.

Seriously Delinquent means that back taxes owed along with accrued penalties and interest has exceeded around $50,000 (the figure rises a little each year with inflation).

“If your passport application is denied or your passport revoked and you are overseas, the State Department may issue you a limited validity passport good only for direct return to the United States.”
– the IRS

Expats who haven’t filed and claimed the available exclusions though may reach this figure in relatively little time though, perhaps as little as two or three missed tax returns, as the IRS will assume that tax is due on their worldwide income if they haven’t claimed any exclusions.

Before asking the State Department to revoke (or disallow renewal of) expats’ passports however, the IRS must contact the expat in writing several times, giving those affected the opportunity to reach an agreement with the IRS.

Even when the State Department has been notified, expats still have 90 days to come into compliance.

Once the IRS has written to an expat regarding delinquent taxes however, it is normally very hard to claim any exclusions in retrospect, so they will have to pay the taxes the IRS claims they owe, although they can normally arrange to pay them over a number of years.

What should expats do to ensure that they keep their US passports?

Expats who are just one or two years behind can simply back file the missing years. If they are three or more years behind, they can catch up using an IRS amnesty program called the Streamlined Procedure.

Expats who catch up before the IRS writes to them potentially save a significant amount of money and stress, as by claiming the best exclusions for their circumstances most expats won’t owe any US tax anyway, and neither will they leave themselves open to future run ins with the IRS.