US Citizen Living Abroad and Taxes – What You Need To Know 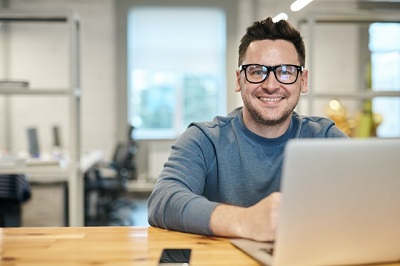 The State Department estimates that over 10 million Americans live abroad around the world. The principal motivations that inspire Americans to live abroad are either a career opportunity, or a sense of adventure. Americans who move abroad discover that it can be the experience of a lifetime, as they immerse themselves in another culture, while meeting new people whose different perspectives on life and the world mind broadening.

Living outside America doesn’t mean relinquishing the rights and responsibilities of being American though, including filing US taxes.

The US tax system

The US tax system is based on citizenship, which means that all US citizens have to file US taxes every year, reporting all of their global income (assuming it exceeds IRS minimum reporting levels).

Minimum global income levels for US reporting are just $400 of self-employment income, or $5 of any income for Americans married filing separately from a non-US citizen, or $12,550 of any income in 2021.

This means that most US citizens living abroad have to file US taxes.

Americans filing US taxes from abroad receive an automatic two month filing extension until June 15, though payment must be made by April 15 on any tax owed. They can file Form 4868 to request a further extension to October 15 if they still need more time.

Income received in a foreign currency should be converted into US dollars when reported on Form 1040.

The US has signed tax treaties with lots of other countries, however these treaties don’t prevent US citizens living abroad from having to file two tax returns.

Whether you have to file foreign taxes in your country of residence or not depends instead on the rules in that country. These often (but not always) depend on how many days you spent there in the year or whether your primary home or your center of financial interests was primarily there.

So, if many American citizens living abroad have to file both foreign and US taxes, how can they avoid being taxed twice on the same income?

The most common way to avoid double taxation is to claim the US Foreign Tax Credit when you file your US taxes.

Claiming the Foreign Tax Credit involves filing IRS Form 1116 with Form 1040 to claim US tax credits based on the value of the foreign taxes that you’ve paid.

For Americans living abroad in countries with higher tax rates than the US, claiming the Foreign Tax Credit will typically eliminate their US tax bill.

Another IRS provision called the Foreign Earned Income Exclusion, which can be claimed on IRS Form 2555, lets Americans living abroad exclude the first around $110,000 of their earned income from US taxation.

There are other credits and exclusions available for expats too, including refundable credits, so many Americans living abroad find they receive an unexpected refund when they file instead of an IRS tax bill.

Other US reporting rules

Americans living abroad also often have to report their foreign registered bank accounts, pensions, investments, and business interests, even though there are often no US tax implications.

Catching up if you’re behind

Many US citizens live abroad for a while before discovering that they have to file. There is an amnesty program called the Streamlined Procedure that lets them catch up without facing penalties and while claiming the same credits and exclusions, so most don’t end up owing any back taxes. If this is you, seek advice from an expat tax expert as soon as possible.