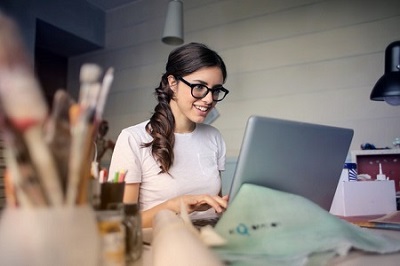 Over nine million Americans reside abroad, a greater number than the residents of all but ten US states.

Due to a quirk in America’s tax system dating back to the Civil War, American expats are still subject to US income tax filing requirements on their worldwide income.

Expats are subject to the same income tax filing rules and thresholds as Americans living in the states. This means that any US citizen or green card holder who earns the equivalent of over $12,200 (in 2019) globally, or just $400 of self-employment income, is required to file US taxes.

Expats who earn in foreign currencies have to convert their earnings into US dollars when they report them using a recognized conversion rate (and consistently using the same conversion rate source).

Expats receive an additional two months to file. This is because they typically have to file additional forms to claim the IRS provisions that help them avoid double taxation outlined below.

So the federal filing deadline for expats is June 15th, although any tax they owe still must be paid by April 15th, even if an estimated amount, to avoid interest.

“Your worldwide income is subject to U.S. income tax, regardless of where you reside.” – the IRS

Expats can also further extend the filing deadline to October 15th by filing Form 4868, just like Americans in the States.

Unfortunately, US international tax treaties don’t automatically prevent expats from filing. Instead, they typically allow expats to claim tax credits. So expats who pay foreign taxes in the country where they live can claim US tax credits to offset the foreign taxes by filing IRS Form 1116.

Alternatively, expats can claim the Foreign Earned Income Exclusion by filing Form 2555. This allows expats to simply exclude the first $105,900 (in 2019 – the figure rises each year with inflation) of their earned income from US tax.

Expats who claim the Foreign Earned Income Exclusion, who rent their home abroad, and who earn over the above threshold can further exclude a proportion of their housing expenses from US tax by claiming the Foreign Housing Exclusion.

Some expats may have to continue filing state taxes from abroad too, depending on the rules in the state where they last lived. These often consider whether a former resident plans to return, and whether they’ve maintained ties in the state.

Expats with foreign accounts such as bank and investment accounts that have a combined total of $10,000 in them at any time during a year are required to report them by filing a Foreign Bank Account (FBAR).

Expats with a foreign business also have to report it to the IRS.

Expats with over $200,000 of foreign financial assets also have to report them by filing IRS Form 8938.

The IRS is receiving expats’ financial and contact information from foreign governments and banks, so it’s no longer possible to stay under their radar.

Thankfully, expats who are behind with their US tax filing as they didn’t know that they had to file from abroad can catch up without facing penalties under an IRS amnesty program called the Streamlined Procedure. Expats in this situation shouldn’t delay though, as the program is only available before the IRS writes to you.