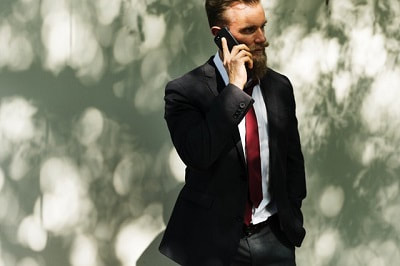 Many Americans living abroad aren’t aware that they have US tax filing requirements. As expats, they assume that they don’t have to file a US federal (or State) return, or pay US taxes. Expats who assume this are mistaken though, and may soon face IRS audits and fines if they don’t meet their US legal filing and tax obligations, as the IRS is becoming more and more capable of tracking down Americans living abroad by accessing their foreign income and assets details.

The IRS then compare these against the information submitted on tax returns (assuming returns have been filed, or, if not, they know it should have been). Read on to find out exactly what US citizens need to know about their expat tax filing requirements.

All US citizens and green card holders, including dual citizens and so-called ‘accidental Americans’ (people who are entitled to US citizenship through their parents or through having been born in the US but have never owned a US passport), who earn US$10,000 or equivalent a year, or just $400 of self-employment income, are required to file a federal return, irrespective of where they live in the world or where their income originated.

The US is the only developed nation to tax on citizenship rather than residence (i.e. which country they live in). The good news though is that there are a number of exemptions and exclusions that take most US citizens who earn or who pay tax abroad out of US tax liability. They still have to file a US return declaring their world wide income though.

The two primary mechanisms that allow US expats not to pay US tax are the Foreign Earned Income Exclusion, which allows Americans living abroad to exclude the first around $100,000 (the figure changes slightly each year) of foreign earned income from US tax liability, and the Foreign Tax Credit, which allows Americans paying tax abroad to claim a dollar US tax credit for every dollar of tax they’ve paid abroad. Which to apply (or both) and how best to apply them depends on the individual circumstances of each particular tax payer.

US expats with foreign assets worth in excess of $200,000 per person are required to report them by filing an additional form, form 8938, along with their federal return. This is required by the FATCA law (Foreign Accounts Tax Compliance Act), passed in 2010. FATCA also requires foreign financial institutions to report their American account holders, including bank balances. So far around 200,000 foreign financial institutions are complying with the scheme, meaning that the IRS knows about most Americans’ bank and financial accounts abroad and what they contain

Expats who have one or more foreign financial accounts that between them contain total balance over $10,000 at any time during the tax year are also required to file an FBAR, or Foreign Bank Account Report. Foreign financial accounts include savings and checking accounts, pension accounts, and investment accounts, amongst others. In practice, filing an FBAR means filing FinCEN form 114. The IRS can then check whether the information declared on FBARs and tax returns corresponds with that submitted by foreign banks and other financial institutions.

Do you really need to?

Yes. Penalties for non-compliance or incorrect filing are harsh, and thanks to foreign institutions reporting American account holder and balance information to the IRS, they can find out even if you don’t file. Thankfully, there is an amnesty program called the Streamlined Procedure for US expats who weren’t aware of their filing obligations up until now. It requires that you file the last three years of returns (and pay any taxes due), along with your last six FBARs, and certify that previous non-compliance was non-wilful. The Streamlined Procedure is a great opportunity for Americans living abroad who are behind with their filing to become compliant without facing any penalties.