US Federal Taxes for Expats – Everything You Need to Know 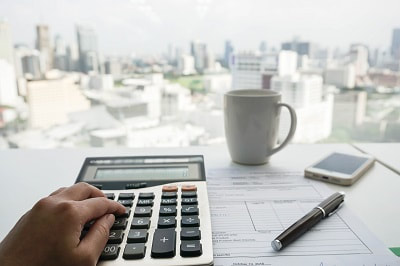 The USA is almost unique in taxing US citizens even when they live abroad. This means that expats who earn over $10,000 ($10,300 for 2016, to be precise, or just $400 of self-employment income) are required to file a US federal tax return, regardless of where their income originates, or whether they are also paying taxes elsewhere.

While expats still have to pay any US tax they may owe by April 15th, they have until June 15th to file, with a further extension available on request to October 15th.

Having to file US federal taxes from overseas puts many expats at risk of double taxation, having to pay taxes to both the US and in the country where they’re living.

Fortunately, the IRS has several exemptions to help prevent Americans living abroad from paying tax on the same income twice. Expats have to claim these exemptions when they file their federal tax return though, and which one (or ones) are the best fit for them will depend on their circumstances.

For example, expats already paying more income tax in another country than they would owe to Uncle Sam often benefit most from claiming the Foreign Tax Credit.

The Foreign Tax Credit allows Americans to claim a $1 US tax credit for every dollar equivalent of tax that they’ve already paid abroad. As such, expats who have paid more tax abroad than they owe the IRS can claim more credits than they actually need, and they can carry forward their excess credits, which may be useful at some point in the future.

To give another example, expats who pay less tax abroad than they owe to Uncle Sam (or perhaps no tax, such as some Digital Nomads who work while traveling from country to country) are often best served by claiming the Foreign Earned Income Exclusion, which allows them to exclude the first around $100,000 of their income from US federal tax liability, assuming that they meet the criteria.

“Many people dream of what it might be like to pack up everything and move abroad, but non-U.S. residents abroad still have to file federal income taxes, whether or not their income is coming from the States, and even if they’re already paying foreign income taxes.”
– Yahoo Finance

Specifically, to claim the Foreign Earned Income Exclusion expats must prove that they either spent at least 330 days outside the US in a 365 day period that coincides with the tax year, or that they are a permanent resident in another country.

Expats who claim the Foreign Earned Income Exclusion and earn over around $100,000 and who rent a home abroad may also be able to exclude a proportion of their housing expenses by claiming the Foreign Housing Exclusion.

Aside from federal tax filing, US expats who have over $10,000 in total in foreign bank or investment accounts at any time during the tax year are required to file an FBAR (Foreign Bank Account Report) to FinCEN, declaring all their foreign accounts.

FATCA (the 2010 Foreign Account Tax Compliance Act) meanwhile requires expats with foreign financial assets worth over $200,000 to report them to the IRS by filing form 8938 along with their federal tax return.

FATCA also compels foreign banks and investment firms to report their US account holders’ account balance and contact information to the IRS, under threat of fines when they trade in US financial markets. Almost all (currently around 300,000) foreign financial firms are complying, meaning the IRS now knows which expats should be filing, as well as where they live.

Some American expats aren’t filing US federal taxes because they aren’t aware that they are required to from abroad. They are however running the risk of facing IRS fines. There is a way however for these expats to catch up with their federal filing without facing any penalties.

The IRS is currently offering an amnesty to these expats who haven’t been filing US taxes because of genuine ignorance of the requirement. The amnesty is called the Streamlined Procedure.

The Streamlined Procedure allows expats to catch up without facing fines by filing their last 3 tax returns and last 6 FBARs (as necessary), paying any tax due (often none when they retro-claim one or more of the aforementioned exemptions), and self-certifying that their previous non-compliance wasn’t willful.

We strongly recommend that any expats who are behind with their US federal filing contact an expat tax specialist who can help them catch up in the most efficient way possible given their particular circumstances.