US Taxes for Expats with Overseas Income 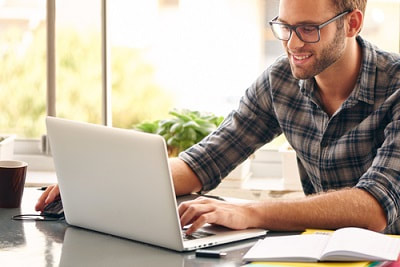 Americans living overseas experience new cultures, explore new places, meet new friends, and grow as people, so much so in fact that many choose to live abroad permanently at the end of their original assignment or trip.

Unfortunately, living abroad as an expat doesn’t mean you escape having to file US taxes though , even if you are also paying taxes in a foreign country, or if a tax treaty exists between the US and the country where you’re living.

In fact, expats often have even more US filing requirements than Americans living in the States.

Because filing from abroad is typically more complex, Americans living overseas have more time to file their US tax return, until June 15th, although any US taxes due still need to be paid by April 15th. A further filing extension until October 15th is available to expats upon request.

Furthermore, expats with foreign bank accounts or investments may have to report them by filing an FBAR (Foreign Bank Account Report), or form 8938 under FATCA, depending on the total value of their account balances and investments.

The good news though is that although they still have to file a US tax return, most expats can claim one or more exclusions that reduce or eliminate their US tax liability.

Expats who don’t have a permanent home abroad are often able to claim the Foreign Earned Income Exclusion, which allows them to exclude the first around $100,000 (the exact figure rises a little each year) of their income from US tax liability.

“Unless you’ve completely renounced your citizenship, non-U.S. residents abroad still have to file federal income taxes, whether or not their income is coming from the States, and even if they’re already paying foreign income taxes.” – Yahoo Finance

To claim the Foreign Earned Income Exclusion you must spend a minimum of 330 days a year outside the US, and be able to prove it.

If you move abroad in the middle of a tax year and in the following 365 days you spend at least 330 days abroad, you can still claim the Foreign Earned Income Exclusion for the days after you moved overseas.

To claim the Foreign Earned Income Exclusion, you have to file form 2555 along with your US tax return.

Permanent residents in a foreign country

The Foreign Tax Credit lets Americans claim a $1 tax credit for every dollar of tax that they’ve already paid to a foreign government. This can be advantageous for expats paying more tax abroad than they would owe to the IRS, as they can claim more credits than the tax they owe and carry the excess credits forward to mitigate future US taxes. Unlike the Foreign Earned Income Exclusion, there is no limit on the amount of credits that can be claimed.

The Foreign tax Credit can be claimed by filing form 1116 when you file your annual US tax return.

If you’re an American living overseas and you weren’t previously aware that you still have to file US income taxes, there is an IRS amnesty program called the Streamlined Procedure that lets you catch up while still claiming any applicable exclusions and without facing any penalties. If this is you, we strongly recommend that you consider catching up using the Streamlined Procedure, as penalties for not filing US taxes as an expat are steep. Furthermore, the IRS knows who should and shouldn’t be filing as they have access to foreign bank account and tax data. For example, penalties for not filing (or incorrectly filing) an FBAR start at $10,000 per year, while the IRS is now able to revoke US passports if they deem that taxes, penalties and interest owed are over $50,000.