US Taxes on Foreign Income for Expats 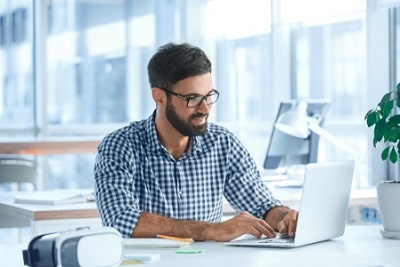 The United States taxes based on citizenship. This means that all US citizens (and green card holders), including anyone with the right to US citizenship, are liable to pay US taxes, wherever in the world they live.

This often leaves US expats having to file both a US tax return as well as a tax return in the country where they live (if they qualify for tax residency, depending on the rules in that country). Even if they have to file two tax returns though, most expats don’t end up having to pay income tax on the same income to both countries.

US taxes on foreign income for expats

In all scenarios though, the US taxes expats’ foreign income, as it taxes all Americans’ worldwide income. Where different types of income and where they are sourced matter for expats though is in the difference ways that expats can avoid or reduce their US tax liability, even though they still have to file and report their income.

The US has income tax treaties with sixty eight other countries, however unfortunately, most of these tax treaties contain a Savings Clause, which allows the US to tax its citizens as if the treaty did not exist, so expats still have to file.

Expats who have income sourced both in the US and abroad will need to ensure that tax preparation efforts in both counties coincide, and that treaty benefits as well as foreign tax credits are utilized in synchronization to achieve the most tax efficient outcome

“Contrary to popular belief among expats, the obligation to file U.S. taxes does not end when you take up residence in a new country.” – Money.com

Claiming the Foreign Tax Credit is often beneficial for expats who pay more foreign income tax on their foreign sourced income than the income tax they owe the IRS, as in this scenario it allows them to completely eradicate their US tax liability. They can also carry forward any excess US tax credits that they may have for future use.

Expat parents who claim the Foreign Tax Credit may also be able to claim the Child Tax Credit, which will give them a refundable tax credit (i.e. money back) of $1,400 per child even if they don’t pay any US tax.

As mentioned earlier, the IRS considers foreign earned income any income an American has earned while living abroad, wherever in the world it is sourced or paid.

– it can only be applied to actively ‘earned’ income (so not rents, dividends, interest, pensions, etc).

– expats can only exclude a maximum of around $100,000 of earned income per year (the exact figure rises a little each year due to inflation).

Ultimately, there are many factors that should be taken into consideration to determine the most beneficial way for expats to file US taxes on foreign income, and we recommend that all expats consult an experienced expat tax specialist who can advise on the pros and cons of the different alternatives.

Filing US back taxes on foreign income for expats

Some expats have been living abroad for a while, blissfully unaware that they are required to file US taxes on their foreign income. Thankfully, there’s an IRS amnesty program for these expats called the Streamlined Procedure that lets them catch up without facing penalties.