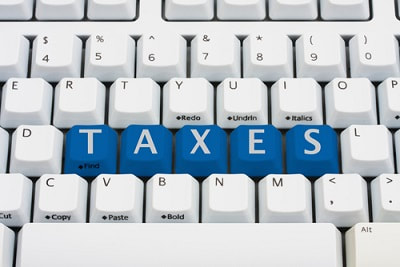 The Offshore Voluntary Disclosure Program, or OVDP, was launched in 2009 to allow Americans who weren’t compliant with their US tax obligations to come forward, pay any US tax they owed, and gain immunity from prosecution. To date, some 56,000 taxpayers have used the program, with numbers peaking at 18,000 in 2011. In 2017, just 600 came forward, leading the IRS to announce earlier this year that they would be closing the program in September 2018.

Millions of American expats still aren’t compliant with their US tax filing though, and while the OVDP isn’t the right amnesty program for all of them, for those that it is only three more weeks remain until the program closes.

US tax filing requirements for expats

Expat Americans are required to file a US tax return every year just as they would in the States, reporting their worldwide income.

Thankfully, the IRS has made a number of exemptions available to help expats avoid double taxation. These include the Foreign Earned Income Exclusion, which allows expats to exclude the first around $100,000 of their earned income from US taxation, and the Foreign Tax Credit, which allows expats to claim a $1 tax credit for every dollar of foreign tax that they’ve paid abroad.

Expats are also required to file a Foreign Bank Account Report (FBAR), if they have control or signatory authority over a total of at least $10,000 in foreign bank and investment accounts at any time during a tax year.

Who is the OVDP for?

“Despite the closure of ODVP, the Streamlined Filing Compliance Procedures (SFCP) will remain in place for taxpayers who might not have been aware of their filing obligations.” – Forbes

The OVDP lets Americans who have willfully under-declared or underpaid tax, committed an act of evasion, or willfully failed to file or lied on an FBAR, to avoid prosecution and so either high fines or in extreme cases (such as that of Paul Manafort) incarceration.

The OVDP is not the right amnesty program for the majority of expats who were simply unaware of the requirement to file US taxes from abroad though.

Why is the OVDP ending?

The IRS considers that offshore tax evaders have, after 9 years, had sufficient time to come forward, and also, because far fewer people are utilizing the program now compared to in its early years, the IRS is assuming that most tax payers who are going to use the program already have.

Furthermore, now that the IRS is receiving detailed information about Americans’ finances directly from almost all foreign banks and governments, it is ready to prosecute those tax evaders who have had 10 years to come forward under the OVDP but haven’t done so.

Are there any other IRS amnesty programs?

The IRS has another amnesty program for expats who weren’t aware of the requirement to file US taxes from abroad, and so haven’t been willfully avoiding their responsibilities. This program is called the Streamlined Procedure, and while it doesn’t guarantee immunity from prosecution should the IRS later find evidence that an expat was willfully avoiding taxes or concealing their income or foreign assets, it otherwise allows expats to become compliant without facing any penalties, or, for the majority of expats, back taxes.

Will the Streamlined Procedure end too?

Like the OVDP, the Streamlined Procedure wasn’t intended to be permanent, but a temporary amnesty program to allow those expats who didn’t know that they should be filing US taxes a chance to catch up.

So while the IRS hasn’t announced an end date for the Streamlined Procedure, it’s possible that it too will be revoked at some point. For this reason we urge expats who haven’t been filing their US taxes from abroad to contact a US expat tax specialist to help them catch up at the earliest opportunity.