Streamlined Procedure – The IRS Program for Expats with Overdue US Taxes 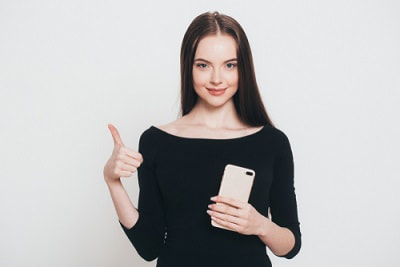 US taxes reporting their worldwide income. Perhaps counterintuitively, this includes Americans living abroad, assuming that they are either a US citizen or green card holder and that their income level meets the minimum threshold ($10,000 a year, or just $400 of self-employment income).

Since 2016, when FATCA (the 2010 Foreign Account Tax Compliance Act) came into effect, the IRS has been receiving US expats’ bank details (including balances) from their foreign banks and investment firms, so along with foreign tax information received under international data sharing treaties the IRS now knows which expats should and shouldn’t be filing.

For millions of expats though the idea of having to file US taxes from abroad is so unlikely that it may never have occurred to them. This means that when they find out, they need to catch up with their overdue US tax filing, and the IRS Streamlined Procedure program allows them to achieve this without facing any penalties or fines.

The Streamlined Procedure program is available to all American expats who haven’t been filing because they weren’t aware that they were required to and who have missed at least 3 years of US tax filing.

Expats who are only a year or two behind can catch up by simply back filing their overdue returns.

To catch up using the Streamlined Procedure program, expats must back file the last three years of tax returns, the last six years of FBARs (more about FBARs in a minute), and, importantly, self-certify that their previous non-compliance was non-willful.

The question of willfulness

The question of willfulness is important because if the IRS believes that an expat was willfully concealing their foreign income or assets, the penalties that they may face are significantly higher.

“The streamlined filing compliance procedures are available to taxpayers certifying that their failure to report foreign financial assets and pay all tax due in respect of those assets did not result from willful conduct on their part.” – the IRS

Things that the IRS might consider imply willfulness include an expat having moved money between foreign accounts in a way that looks like they were trying to conceal origin or ownership, or complex international structures having been set up again to apparently conceal ownership. 99% of expats aren’t trying to hide from the IRS though, so the Streamlined program is a great opportunity for these Americans to become compliant without facing any fines.

More good news: when expats catch up using the Streamlined Procedure program they are able to claim one or more exemptions that prevent the majority of them from having to pay any US back taxes.

While these exemptions must be claimed on forms 2555 and 1116 respectively when expats file, they ensure that no expat will pay more income tax than the US rate at most, while expats who pay income tax abroad at a higher rate can get excess tax credits for future use.

Expats who have over $10,000 in total in foreign bank or investment accounts at any time during the tax year are required to file a Foreign Bank Account Report, or FBAR, to report their foreign accounts to the IRS.

While filing an FBAR carries no additional tax implication, penalties for not filing FBARs are very high, starting at $10,000 a year and going up to half the value of the un-reported accounts for each year missed (or $100,000 a year, whichever is greater).

Thankfully the Streamlined Procedure program lets expats catch up with their FBAR filing too without facing any penalties.

Will the Streamlined Procedure Program be around forever?

This is a question that expats often ask – if the Streamlined program will be around forever, why should I catch up now and not just wait? There are several good reasons why expats should catch up now though. Firstly, the Streamlined program may not (and probably won’t) be around forever – another IRS amnesty program, the OVDP (Overseas Voluntary Disclosure Program, for expats with significant unreported overseas assets) is being wound up this year.

Secondly, if the IRS writes to an expat before they’ve caught up, they will almost certainly face a back taxes bill, as the IRS doesn’t normally accept claims for exemptions such as the Foreign Earned Income Exclusion in retrospect at this point. So putting off catching up can result in an unnecessary and avoidable back taxes bill.

Lastly, catching up with their overdue US tax filing gives expats peace of mind.