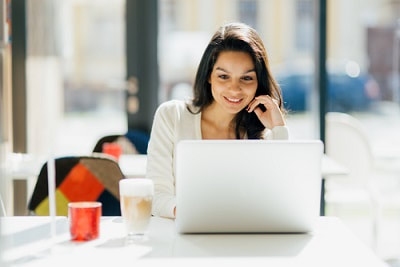 The Streamlined Procedure and the OVDP (Offshore Voluntary Disclosure Program) are both IRS amnesty programs that allow American taxpayers who are behind with their US tax filing to catch up. They are very different though, and once you have filed using one, you can’t change your mind and use the other, and using the wrong one given your circumstances may have big implications in terms of future tax and IRS penalties liability. So it’s important that you choose the right one the first time.

All US citizens and green card holders are required to file a US tax return if they earn over $10,000 (or just $400 of self-employment income), wherever in the world they live, and declare their worldwide income.

If they have savings or investments worth a total of over $10,000 held abroad, they may also have to file a Foreign Bank Account Report, or FBAR.

If they have assets abroad worth over $200,000, not including property, they may be required to report these, too.

Many expats aren’t aware that they have to file US taxes from abroad (no other nations require this after all), especially as lots are paying foreign taxes in their country of residence. (Thankfully most expats can claim exemptions such as the Foreign Earned Income Exclusion that mean they end up owing no US tax, however they are still required to file).

Other expats are aware that they should be filing US taxes, but they have been putting it off, perhaps hoping that the IRS won’t find them. Unfortunately though the IRS is receiving foreign tax and bank account information straight from foreign governments and banks, so they have a very good understanding of what most US expats have and earn.

What exactly are the Streamlined Procedure and OVDP?

The OVDP was introduced in 2009 as a way for American expats to ‘come clean’ and catch up. It involves filing the last 8 years of tax returns and FBARs, and pay a fine of 27.5% of the value of any previously undeclared offshore assets. At this point, so long as they have been honest in their disclosure, they become immune to future prosecution.

“Non-resident taxpayers might be better positioned to achieve their goal of a non-willful, no penalty resolution under the streamlined procedures.”
– Forbes

The Streamlined Procedure meanwhile was introduced in its current form in 2014. It requires that expats file just their last 3 tax returns and last 6 FBARs, and pay any tax and interest that may be due. While this program appears easier, it doesn’t offer a guarantee against future prosecution, and crucially, it is intended for people in a different situation.

Which is best depends on whether you were previously aware of the requirement to file US taxes from abroad or not.

The Streamlined Procedure requires that you self-certify that you weren’t previously aware of this requirement and that your previous failure to file was ‘non willful’. If this is true, it is normally the best option for you.

If on the other hand you were aware but were hoping not to file anyway, and especially if you took any steps to try to conceal your offshore income, accounts, or assets to avoid your filing responsibilities, the OVDP is normally a better option, as although you’ll have to pay a fine, if the IRS comes to you first (before you act) you’ll face much larger fines but also possible criminal prosecution.

What exactly does non-willful mean?

So the key difference is whether you have been willful or non-willful in not filing up until now.

In understanding willfulness in this context, the key concept is whether you’ve acted in good faith or not so far. If you have, the Streamlined Procedure is a great option, allowing you to become compliant without facing any fines. If not though, the OVDP presents an opportunity to wipe the slate clean while protecting yourself from prosecution.

Filing taxes as an expat can be complex, knowing which exemptions to claim depending on your circumstances and with the extra foreign account and asset reporting requirements. If you have any doubts or queries about your situation, we strongly recommend that you contact a US expat tax specialist for some advice.