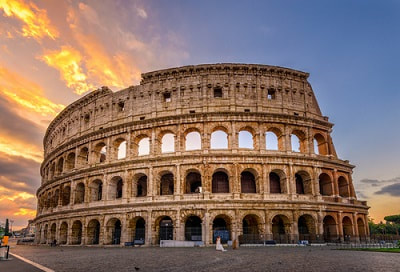 Rome is for many people an unrivalled destination in terms of heritage and history. Of the estimated 170,000 Americans living in Italy, around half live in Rome, making the ancient city one of the world’s major US expat hubs, thanks to its architecture, culture, and legacy in Western Civilization.

Unfortunately for Americans living in Rome though, US expats in Rome are required to file both US taxes as a US citizen, and Italian taxes as a Italian resident.

Filing both tax returns needn’t be as complicated as many American expats living in Rome at first might think however. Most in fact end up not owing the IRS anything (although they do still have to file).

Italian residents (anyone who spends over 183 days a year in Italy) are required to file a Italian tax return if they have more than one income source, or if their income isn’t from employment.

There are actually two Italian tax return forms. The Modelo 720 is for people with simple circumstances, and it should be filed online by July 7th, with any tax due paid by June 30th.

Americans in Rome with more complicated finances on the other handshould file the full form Dichiarazione dei Redditi, again online, but this time by September 30th.

Italian federal income tax rates are quite high, ranging from 23% to 43%.

US expats have an automatic extension until June 15th to file their US tax return, with a further extension available upon request until October 15th. Any tax owed is still due by April 15th though.

“Expats moving to Rome are likely to become entranced by the imagery of the living, breathing ancient city. Magnificent ruins and foundations built on the rich fabled history that was once the centre of the world are immediately invigorating.” – Expat Arrivals

If expats living and working in Rome pay more in Italian income tax than the US tax they owe (which most will), it’s often most beneficial for them to claim the Foreign Tax Credit.

The Foreign Tax Credit offers US expats a $1 tax credit for every US dollar equivalent of tax that they’ve paid abroad. For expats in Rome paying more Italian tax than they owe to the IRS, this means that they can claim more US tax credits than the US tax that they owe, eradicating their US tax liability while giving them excess US tax credits that may be applied in the future. Expats can claim the Foreign Tax Credit by filing form 1116 with their annual federal return.

For any US expats earning under around $100,000 and paying less Italian tax than the US tax due, the Foreign Earned Income Exclusion is often a better option.

The Foreign Earned Income Exclusion lets expats who can prove that they are either permanent residents in Italy, or that they spent at least 330 days outside the US in the year, exclude the first around $100,000 of their income from US taxes.

Further US filing requirements for expats in Rome

As well as filing a federal tax return, US expats in Rome who have more than $10,000 in total in foreign bank or investment accounts (including any account that they have control or signatory authority over, even if it’s not in their name) at any time during the tax year are required to file an FBAR (Foreign Bank Account Report). Filing an FBAR means filing FinCEN form 114 online before October 15th.

Expats living in Rome with financial foreign assets (not including tangible physical assets such as property, or cars for example) worth over $200,000 at any time during the tax year are required to report them by filing FATCA (The Foreign Asset Tax Compliance Act) form 8938 with their federal return.

Expats who have been living in Rome for a while but who didn’t know that they have to file US taxes can catch up with their US tax filing under an IRS amnesty program without facing any penalties.

The Streamlined Procedure is a great opportunity for expats living in Rome who are behind with their US tax filing to become compliant before the IRS comes to them.