US Taxes for American Expats in San Jose, Costa Rica 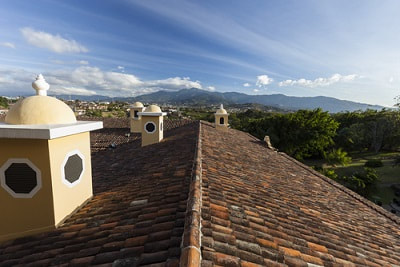 Living in San Jose is an incredible experience. The climate, culture, the friendly Costa Ricans, the thriving expat community, the high quality of life, and the affordable healthcare all more than compensate for the potential double tax filing burden. And, in actual fact, the tax filing doesn’t have to be as complicated as many American expats living in San Jose at first fear, and most end up not owing the IRS anything (even though they still have to file).

If your only income is from employment in Costa Rica, tax will be deducted at source and you don’t have to file a Costa Rican tax return.

Otherwise, the Costa Rican tax year is the same as the US tax year, with returns due by March 31st.

Costa Rican tax returns are filed to the Costa Rican equivalent of the IRS, which is called the Ministerio de Hacienda.

The first good news is that expats have until June 15th to file their IRS tax return, with a further extension available on request until October 15th.

Furthermore, while it’s always necessary to file, there are several exclusions that expats can claim to reduce almost every expat’s US taxes to zero.

If expats living and working in San Jose find that they pay more in Costa Rican income tax than the US tax they owe, it’s normally more beneficial to claim the Foreign Tax Credit.

“It is easy to see why Costa Rica is so desirable. There is enough of the exotic — lush jungles, pristine beaches, wildlife — and enough of the familiar — malls, pancake and pizza places, and movie theaters — to lure almost anyone.”
– the Boston Globe

The Foreign Tax Credit offers US expats a $1 tax credit for every dollar equivalent of tax that they’ve paid abroad. For expats in San Jose paying more Costa Rican tax than they owe to the IRS, this means that they can claim more US tax credits than they owe, eradicating their US tax liability while giving them excess tax credits that they can carry forward and which may come in handy in the future. The Foreign Tax Credit can be claimed by filing form 1116.

For US expats earning under around $100,000 and paying less Costa Rican tax than the US tax due, the Foreign Earned Income Exclusion could be a better option.

The Foreign Earned Income Exclusion lets expats who can prove that they are either permanent residents in Costa Rica, or that they spend at least 330 days outside the US in the year, exclude the first around $100,000 of their income from US taxes.

Expats who have retired to San Jose, Costa Rica on the other hand who aren’t earning and are just receiving retirement income from the US will pay the same US taxes on their retirement income that they would if they were living in the US.

Further US filing requirements for expats in San Jose

As well as filing a federal tax return, US expats in San Jose who have over $10,000 in total in foreign bank or investment accounts at any time during the tax year are required to file an FBAR (Foreign Bank Account Report). In practice this means filing FinCEN form 114 online before October 15th.

Expats living in San Jose with non-tangible foreign assets (so not including property, or cars etc) worth over $200,000 at any time during the tax year also have to report them by filing form 8938 with their federal return.

If you’ve been living in San Jose for a while but you didn’t know that you had to file US taxes, there’s an IRS amnesty program that will let you catch up on your US filing without facing any penalties.

The Streamlined Procedure is a great opportunity for expats living in San Jose who are behind with their US tax filing to become compliant before the IRS comes to them.