Voluntary Disclosure – What US Expats Need to Know 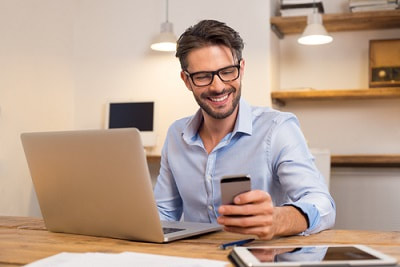 There are around 9 million Americans living oversees, and the IRS has its sights set on those expats who aren’t up to date with their US tax filing.

All American citizens and green card holders are required to file a US tax return, however because the US is the only developed nation to tax its non-resident citizens, many haven’t realized that they have to file.

Others meanwhile may be aware of the requirement for US expats to file but believe that, because they live overseas, the IRS doesn’t know about their financial circumstances and so isn’t able to enforce the requirement.

The 2010 Foreign Account Tax Compliance Act however (FATCA) imposes fines on foreign financial institutions including banks and investment firms that don’t report their US citizen account holders’ financial details to the IRS. Consequently, the majority of foreign financial firms (currently around 300,000) are providing the IRS with this information. The US also exchanges income tax information with around 100 foreign governments. So the IRS now has most expats’ bank and foreign tax information, and so they know who should be filing a US return

As well as filing a US tax return, US expats who have a total of over $10,000 at any time during the year in foreign bank or investment accounts are required to file an FBAR (Foreign Bank Account Report). So expats are also at risk of financial penalties if they’re up to date with their federal tax filing but haven’t been filing FBARs.

Penalties for not filing federal tax returns soon mount up, and if they reach over $50,000, including unpaid taxes and interest, the IRS can revoke expats’ US passports.

“Many tax lawyers say that taxpayers, and even some tax lawyers themselves, are clueless and simply do not know what an Fbar is, let alone that they need to file one.” – Fortune

Now for the good news

The first good news is that there are a number of exemptions available that can be be claimed that alleviate most US expats from having to pay any US taxes. These exemptions, including the Foreign Tax Credit, the Foreign Earned Income Exclusion, and the Foreign Housing Exclusion, have to be claimed when expats file their federal return. (Which exemptions are most beneficial to claim depends on each expats’ individual circumstances).

It gets better: expats who are behind with their US filing because weren’t aware of either their federal tax and FBAR filing obligations can catch up without facing any penalties under a voluntary disclosure program called the Streamlined Procedure.

The Streamlined Procedure was relaunched in 2014 and is now available to all expats who aren’t willfully dodging their US filing obligations.

To catch up using the Streamlined Procedure, expats must file their last 3 tax returns and last 6 years’ FBARs (if required), pay any back taxes due (in most cases none once they retro-claim the most beneficial exemptions for their situation), and self-certify that their previous non-compliance was non-willful. And that’s it.

What about expats who knew the rules but haven’t been filing?

There is another group of expats who are aware that they should be filing, but haven’t been, perhaps thinking or hoping that the IRS wouldn’t or couldn’t track them down, or that the rules might change. The IRS is probably aware of these expats though (and may in fact already have written to them), and they are at risk of serious consequences, including large fines and even criminal prosecution.

There is another voluntary disclosure program available for these expats though, called the Offshore Voluntary Disclosure Program (OVDP). The OVDP requires that they file their last 8 years of tax returns and FBARs, and pay any back taxes and interest due along with a 20% penalty on what they owe. There may also be a 27.5% penalty applied to their highest offshore balance.

While the OVDP is clearly a more costly voluntary disclosure program, for expats at risk of being prosecuted it does guarantee that they won’t be. The Streamlined Procedure on the other hand is the right option for expats who were genuinely unaware of their US filing obligations. Both voluntary disclosure programs though are golden opportunities for expats to catch up and avoid future fines, and seeing as there is no knowing how long these amnesty programs will be available for, we strongly recommend that expats with outstanding US filing contact an expat tax specialist at the earliest opportunity to discuss their circumstances and strategize a way forward in their best interests.