The IRS Streamlined Procedure – What Documents do Expats Need? 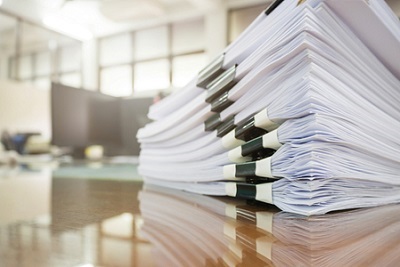 The IRS Streamlined Procedure is an IRS amnesty program that lets US expats who haven’t been filing a US tax return from abroad, because they weren’t aware that they have to, to catch up without facing any penalties.

Because the US taxes based on citizenship, all Americans are required to file US taxes, reporting their global income, whether they live in the US or abroad. Most other countries either tax people who live in the country, or income arising there.

As a consequence, many US expats have to file two tax returns, one in the country where they live, and another to the IRS. To avoid paying taxes twice on the same income, when US expats file they can claim one or more IRS provisions such as the Foreign Tax Credit or the Foreign Earned Income Exclusion using the relevant IRS forms.

Expats often also have to report their foreign bank and investment accounts by filing a Foreign Bank Account Report, or FBAR.

The IRS is receiving information about American expats’ finances directly from foreign banks and governments, so it knows who should be filing, and penalties (particularly FBAR penalties) are steep, meaning expats can no longer hope to get away with not filing.

The Streamlined Procedure presents an excellent opportunity for expats to catch up and get compliant. It requires expats to file voluntarily (i.e. before the IRS contacts them) their last three federal tax returns, and their last six FBARs (for applicable years), and to self-certify that their previous non-compliance wasn’t willful.

They can claim the provisions mentioned above that prevent double taxation, and they won’t face any penalties.

But what documents do expats catching up with their US tax filing using the Streamlined Procedure need?

“Taxpayers using the Streamlined Foreign Offshore Procedures will be required to certify that their failure to report all income, pay all tax and submit all required information returns, including FBARs, was due to non-willful conduct.” – the IRS

– Foreign tax returns filed (or other evidence of foreign taxes paid, such as pay slips for taxes paid at source).

– Evidence of retirement income, such as social security payments, or distributions from pensions, annuities, or other retirement accounts, whether US or foreign

– Evidence of any additional income, such as rental income, gambling winnings, alimony, and distributions from partnerships or trusts, whether US or foreign

– Travel records demonstrating time spent in the US each year

– Any other records expats think may be relevant

Any American who has over $10,000 in foreign registered financial accounts (including bank and investment accounts) in total at any moment during a year is required to file an FBAR to report all their foreign accounts (including accounts they have signatory authority over, such as business accounts. For each year this applies, expats will require statements from all their foreign accounts showing the account name and number, the maximum balance during the year, and the name and address of the bank or other financial firm where the account it held.

When catching up using the Streamlined Procedure, expats have to also file Form 14653 to explain why they weren’t previously filing. It is generally recommended to prepare Form 14653 with the assistance of a tax professional in order to ensure that non-willful conduct is established as part of the statement to the IRS.

We recommend expats seek advice from an expat tax specialist before catching up using the Streamlined Procedure, to ensure that it is done correctly and in each individual expat’s best interests.