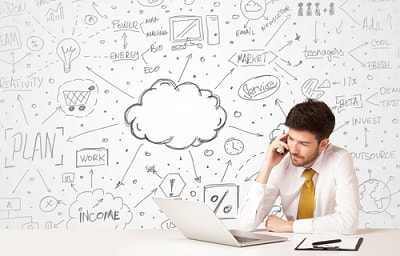 Of the estimated 9 million Americans living overseas, just 1.1 million of them filed a US tax return last year. As the US taxes based on citizenship, whether Americans live in the US or abroad doesn’t matter: if your income exceeds around $10,000 (or just $400 of self-employment income), you are required to file a US federal return. As such, the IRS believes that there are millions of US expats who should be filing a return but aren’t, and who may owe back taxes.

Up until a few years ago, the IRS was unable to trace Americans living abroad who weren’t filing. The 2010 Foreign Account Tax Compliance Act (FATCA) however compels foreign banks (and other financial institutions, such as investment, life insurance, and pensions firms) to report their American account holders to the IRS, including account balances. Around 200,000 foreign financial firms are now providing the IRS with this information, so the IRS has a very clear idea about most American expats’ financial situations.

By comparing the information provided by foreign banks and other financial firms with tax returns (or the absence of a tax return), the IRS can see which Americans living overseas aren’t currently filing but should be. So the era of US expats keeping their heads down to avoid the IRS is over.

Thanks to some of the exclusions available, most US expats won’t in fact owe the IRS any back taxes, so long as they file and claim whichever exclusion is most beneficial given their situation. These are most often either the Foreign Earned Income Exclusion, or the Foreign Tax Credit.

“If you are a U.S. citizen or resident alien, the rules for filing income, estate, and gift tax returns and paying estimated tax are generally the same whether you are in the United States or abroad. Your worldwide income is subject to U.S. income tax, regardless of where you reside.”
– the IRS

Penalties for not filing are steep, and if the IRS pursues them for un-filed returns and back taxes, American expats may not then have the opportunity to claim the exclusions that can take them out of US tax liability.

Expats may also have to report details of their foreign bank, investment, pensions, and life insurance accounts by filing a Foreign Bank Account Report (FBAR), as well as their foreign assets if they meet certain minimum value thresholds.

Help is at hand

Help is at hand though, as the IRS has a back taxes amnesty program called the Streamlined Procedure that allows expats to catch up with their filing and pay any back taxes that they may owe without incurring any penalties.

To catch up using the Streamlined Procedure, expats

must file their last 3 years’ returns and last 6 FBARs (if applicable), pay any back taxes if any are due, and self-certify that their previous failure to file wasn’t willful avoidance.

We strongly recommend that if you aren’t sure whether you are required to file a US tax return or whether you owe any US back taxes, you seek help from an expat tax specialist.