The Streamlined Foreign Offshore Procedures – What Expats Need to Know 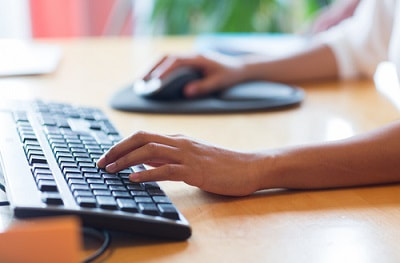 Due to the US’ citizenship based taxation system, all Americans are required to file a US tax return and declare their worldwide income if they earn over around $10,000 (or just $400 of self-employment income) – including Americans living abroad.

Many American expats aren’t aware of this requirement to file US taxes from overseas though, and up until a few years ago, the US government had no way of tracking them.

Thanks to the 2010 Foreign Account Tax Compliance Act (FATCA) however, currently around 285,000 foreign banks and nearly every foreign government are reporting their US clients’ banking and tax information to Uncle Sam, meaning that the IRS now has a very clear idea about which expats are earning what, and where they live.

As well as filing a US tax return, Americans are also required to report their foreign bank and investment accounts if the total combined value of their accounts is over $10,000 at any time during a tax year by filing an FBAR (Foreign Bank Account Report). Penalties for not filing an FBAR can be off the scale if the US government thinks that you knew you ought to file but didn’t.

Thankfully, there’s an IRS amnesty program called the Streamlined Foreign Offshore Procedures that lets expats who are behind on their tax and FBAR filing because they weren’t aware of their obligation to file to catch up without facing any penalties.

How does it work?

To catch up with your US tax and FBAR filing obligations without facing any penalties using the Streamlined Procedure, you have to file your last 3 tax returns along with your last 6 FBARS (if applicable), pay any tax and interest due (often none, if you claim one of the exclusions available for expats), and self-certify that your previous failure to file was non-willful, which is to say that you weren’t intentionally avoiding filing.

So long as the IRS won’t in future find evidence of your previously deliberately having avoided your filing responsibilities, the Streamlined Procedure is a great option for Americans living abroad to catch up and become compliant.

For the very few expats who have been knowingly and deliberately trying to avoid their filing responsibilities, perhaps by transferring money between accounts to try to shield it from IRS scrutiny, another amnesty program called the OVDP (Offshore Voluntary Disclosure Program) is a better option; while it does mean you pay penalties, it offers protection from prosecution.

What will happen if I don’t start filing?

Once you realize that you should be filing US taxes despite living abroad, we strongly recommend you immediately take steps to catch up with your filing.

As mentioned above, the IRS has access to almost all foreign bank and tax information, and they can cross-reference this with your tax returns (or the absence of them), so they are probably already aware of your financial situation, and they know where you live.

If you don’t take steps to become compliant with your filing, at some stage a letter will arrive asking why you haven’t been filing US tax returns. At this stage, you may not be able to file using an amnesty program, and neither claim the exclusions that reduce or eliminate most expats’ US tax liability. As such, you’ll be landed with a tax bill including interest and fines going back several years that may be expensive or impossible to contest. As such, it’s a much better idea to become compliant using the Streamlined Foreign Offshore Procedures as soon as possible, before the IRS comes to you.