Will the IRS Streamlined Procedure for US Expats be Revoked? 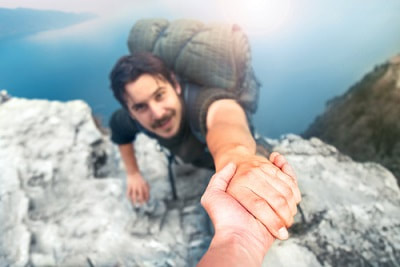 For decades, US expats lived in peace, beyond the reach of the American tax system, despite being theoretically obligated to file US taxes on their worldwide income from abroad by American’s citizenship based taxation regime.

Then came FATCA, the 2010 Foreign Account Tax Compliance Act. Designed to address tax evasion in the wake of the 2008 financial crisis, FATCA requires all foreign banks and investment firms to provide details of their American account holders to the IRS.

This requirement is enforced by threatening a 30% tax for any transactions that foreign financial firms that don’t supply their Americans account holders’ information make in American financial markets. As a result currently around 285,000 foreign financial firms are providing this information, including account balances. For the first time, the IRS knows which expats should be filing a US tax return, and where they live.

While FATCA was passed back in 2010, 2016 is the first full year that the IRS has full foreign bank account information for, as foreign financial firms were given several years to comply.

Many Americans living abroad weren’t (and aren’t) even aware that they have to file US taxes from abroad though, having been living in blissful ignorance for years.

When expats do find out, often because they receive a letter from their bank asking them to confirm that they are US tax compliant, they have a choice: stick their heads in the sand, or catch up with their US tax filing. On the face of it, both scenarios are problematic, as sticking your head in the sand is likely to come back and bite you further down the line when the IRS gets in touch, while starting to file could raise inconvenient questions about why you haven’t filed before, potentially leading to fines.

“The amnesty is only available to Americans who voluntarily contact the IRS to declare their foreign earnings and assets. Those who wait for the US tax authorities to come knocking could face a large fine in addition to any tax bill”
– International Advisor

Thankfully, the IRS introduced an amnesty program to resolve this dilemna back in 2014 that lets expats who weren’t aware that they should have been filing US taxes from overseas to catch up without facing any penalties.

The program is called the Streamlined Procedure, and it requires expats to file their last 3 federal tax returns, their last 6 FBARS (Foreign Bank Account Reports, necessary for those expats with control over $10,000 or more in foreign banks or investment accounts), pay any back taxes due (often none thanks to the exclusions available for expats), and self-certify that their previous failure to file was non-willful.

The Streamlined Procedure has been hailed as a success, with over 50,000 people having used it to date.

There has been speculation however that the new US administration might repeal it.

The Republican platform called for the abolition of FATCA. Many commentators believe that this is unlikely though, due to the otherwise lost revenue that it generates, however others have pointed out that existing information exchange agreements with foreign governments would still allow Uncle Sam to snoop on expats’ finances, rendering FATCA irrelevant, while it also places an unnecessary administrative reporting burden on foreign banks.

But repealing FATCA is a separate issue to revoking the Streamlined Procedure.

When asked about the possibility of repealing the IRS offshore amnesty programs, the IRS commissioner John Koskinen played down the idea, saying that, on the contrary, the IRS was examining ways to expand the programs.

The rational for revoking the Streamlined Procedure is that giving notice that the program was going to be repealed would provide a powerful incentive for non-compliant tax payers living overseas to catch up with their filing before the deadline.

Commissioner Koskinen however believes that the incentive of not facing fines that the program offers is enough, so a deadline isn’t required.

The Republicans tried to impeach Commissioner Koskinen last year though, and although they were unable to at the time, another attempt would be more likely to succeed, given their new majorities in both Congress and the Senate as well as holding the presidency. If they do replace him, a Republican appointed successor may well take a firmer approach to the amnesties.

Whatever happens down the line, the Streamlined Procedure is currently a great opportunity for expats who aren’t up to date with their taxes to catch up, and we strongly recommend that these expats contact an expat tax specialist to find out more at the earliest opportunity.