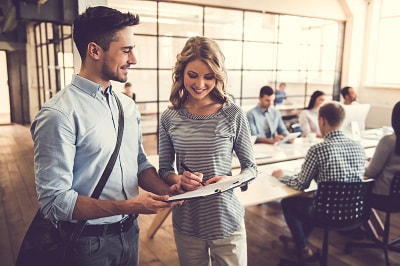 (The following is an abbreviated version of an original article by Stanton R. Farmer at Thun Financial Advisors).

As part of their financial planning, mixed nationality couples must decide the extent to which they share or separate their financial lives, including their accumulated wealth and liabilities (particularly their tax obligations)

U.S. citizenship-based taxation has many planning repercussions for mixed-nationality families (i.e., where only one spouse is a U.S. citizen), and these are particularly acute when a mixed U.S./non-U.S. couple live and work outside of the U.S. and the family is subject to multiple countries’ tax rules.

How such a couple should proceed depends on a combination of financial and personal factors, including:

– Immigration and tax residence statuses (in the U.S. and elsewhere);
– Where the couple currently lives and where the couple plans to retire;
– The relative incomes of the couple (is one spouse sole breadwinner or are their earnings more evenly divided?);
– The relative family wealth the spouses come from; and
– Personal attitudes toward marital “sharing.”

U.S. Filing Status: If a mixed nationality couple lives and works abroad, they will be tax residents with corresponding tax obligations in the country where they live; the American citizen or permanent resident will also have tax obligations in the United States and must choose a filing status for the annual U.S. income tax return. The filing status may have considerable impact on the total tax bill for the mixed-nationality couple and a decision must be made to either fully bring the non-U.S. spouse into the U.S. tax system or limit the scope of that taxing authority as it applies to the non-U.S. spouse.

A couple may choose to file jointly, because the “married filing separately” filing status is the most punitive filing status, both in terms of the marginal income tax brackets and in terms of forfeiting quite a few potential tax credits and deductions (for example, a rapid phaseout of the deductibility for IRA contributions or eligibility to make Roth contributions). The decision to opt-in the nonresident spouse to the U.S. tax system is a once-in-a-lifetime election for both the U.S. and the non-U.S. spouse (even if they divorce and later remarry). Effectively, the nonresident spouse is electing to become a “resident alien” under the Internal Revenue Code.

Despite the advantages of electing married filing jointly status, joint filing status in the U.S. still won’t make sense when the non-U.S. spouse:

– Is unlikely to choose to relocate to the United States in the future;

– Is a breadwinner, will earn income above the U.S. foreign earned income exclusion (FEIE), and resides in a low-tax or no-tax jurisdiction (i.e., otherwise has little to no tax liability);

– Owns a considerable amount of the couple’s wealth, and particularly where the non-U.S. spouse:

– Has a portfolio of Passive Foreign Investment Company (PFIC) investments such as foreign mutual funds or ETFs (unless the PFICs are sold off);
– Is a major shareholder in a foreign corporation which would make the spouse subject to the U.S. foreign controlled foreign corporation (CFC) tax rules; or
Is the beneficiary of a non-U.S. trust and would be subject to the U.S. foreign trust reporting and tax rules.
-May receive a significant inheritance or have a large change in their financial situation in the future.

“Ultimately, there is no “one strategy fits all” solution. Therefore, it is crucial for mixed-nationality couples to find advisers who can help formulate and implement the necessary legal and tax strategies required to protect and build the family’s international wealth for current and future generations.”
– Stanton R. Farmer

A related, but distinct, issue facing couples is whether (regardless of tax filing status) they should own all or some of their assets jointly or separately. The decision to comingle financial assets is certainly common between couples, but it is not obligatory. In certain circumstances, including mixed nationalities and/or tax residences, there are multiple reasons to keep matters separate.

Assuming a mixed nationality couple do not file U.S. taxes jointly, but still own assets jointly outside of the United States, the attribution of interest, dividends and/or capital gains income between the spouses becomes an important issue. In order to avoid bringing all income earned by the non-U.S. spouse under the purview of the IRS., the U.S. spouse will need to make a defensible determination as to how the investment income is attributed. While their country of tax residence may have different rules in attributing this tax burden, and may or may not allow for joint filing of income taxes, U.S. citizenship-based taxation means that the implications on U.S. taxes should also be considered:

– Due to FATCA reporting, the IRS receives information on these foreign accounts directly from the foreign bank, but the U.S. expat spouse does not receive a Form 1099 from a foreign financial institution. Local law will determine the legal attribution of ownership in the country of the account, but the IRS will look further to the underlying facts to determine the division of beneficial ownership of the account based on the specific facts. Accordingly, it may be unclear how much of the income should be reported by the U.S. expat spouse when the U.S. expat spouse files “separately” (or as “head of household”).

– Should a joint account hold foreign mutual funds, foreign ETFs, hedge funds, private equity (or other “pooled investments”), there will be significant tax reporting and compliance headaches in the United States. Ultimately, these sorts of investments should never be owned by the U.S. tax resident family member.

– In addition to reporting tax on the income from the account that is beneficially attributed to the U.S. spouse, the U.S. spouse will have to include joint foreign accounts (if the aggregate value of this account and other foreign financial accounts exceeds $10,000 at any time during the year) on the FBAR (FinCen 114) form, even if the U.S. spouse merely has signatory authority on the account(s) and is not a beneficial owner.

Where the U.S. spouse owns substantial foreign financial assets, Form 8938 may have to be filed with the annual return.

Gifting and Shifting the Tax Burden to the Non-U.S. Person Spouse

There are certain aspects to U.S. federal estate and gift taxes that are particularly unique for mixed nationality families where one spouse is not a U.S. citizen (a non-citizen spouse), and more so if they are also not a U.S. resident (nonresident alien). Additionally, mixed-nationality couples must also consider the implications of any transfer tax treaties, which can be of critical importance to estate planning.

The United States has estate and/or gift tax treaties or protocols with 18 Countries: Australia, Austria, Belgium, Canada, Denmark, Finland, France, Germany, Greece, Ireland, Italy, Japan, Netherlands, Norway, South Africa, Sweden, Switzerland and the United Kingdom. Such agreements may effect one or more of the general guidelines discussed in this section. For example, these treaties may narrow the definition of a U.S. situs asset for the non-resident, raise the nonresident’s federal exemption, and/or provide for a significant spousal deduction for gifts and/or bequests to a non-citizen spouse. Consequently, if a couple resides in one of these countries, they should examine the applicable treaty and incorporate any benefits or exceptions into their estate planning strategies.

Conclusion: The U.S. legal/tax implications are Only one layer

There are numerous complex considerations that factor into the financial planning decisions for cross-border families that include U.S. and non-U.S. members, and the discussion above is by no means exhaustive. A couple navigating the opportunities and pitfalls inherent in such a complex cross-border environment should find advisers who can identify the key issues and formulate a strategic framework from which to develop comprehensive financial planning and wealth management solutions. It is imperative for the planner to consider all the individual factors that are relevant to developing a cogent strategy, including the applicable tax regimes that may apply (now and in the future), the overall financial position of the family, the relative financial position of individual family members, and the personality characteristics and goals of those family members.

Ultimately, there is no “one strategy fits all” solution or formula to follow. Therefore, it is crucial for mixed-nationality couples to find advisers who can identify and work with other international experts in the legal and accounting fields that can help formulate and implement the necessary legal and tax strategies required to protect and build the family’s international wealth for current and future generations.