Bright!Tax Now In Over 100 Countries Worldwide 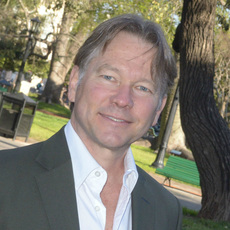 The growing complexity of financial disclosures of American citizens living abroad could be a boon for a Covington native’s business.   Entrepreneur Greg Dewald launched Bright!Tax, a cloud-based, U.S. income tax preparation firm, in 2010. But now, the company’s founder and chief executive is looking to expand the operation and open new office space in Europe or Asia, reflecting the global reach of the business.

Dewald said Bright!Tax employs 10 certified public accountants, but in the next few years, he wants to grow that number to 50. Bright!Tax has a data center in New York City, but the company and its associates all work and interact virtually. In a few years, Bright!Tax has grown to work with clients in 100 countries, Dewald said. The business is targeting the seven million U.S. citizens that live or work abroad but have to abide by federal tax rules that require Americans to file tax returns each year.

“That blew my mind when we first discovered that,” said Dewald, who has lived between Greater Cincinnati and Argentina the last four years. “We found there’s a significant percentage of them that aren’t filing U.S. taxes each year.”

Although Dewald is not an accountant by trade, he said he grew up in an entrepreneurial family and is a self-described ‘geek’. Dewald said the emergence of cloud computing and technology has made it easier to run a business like Bright!Tax.

Bright!Tax was a summer 2013 finalist for the second class with Northern Kentucky business accelerator UpTech. Instead of accepting the mentoring and startup support, Dewald decided to take the company in a different direction although he said he was thankful for the opportunity to work with officials there.

He said the company is self-funded now, but as the company’s needs change it will continue to re-evaluate its position.

“Right now, we are bootstrapping,” Dewald said. “Happily, we’ve been able to do so.” Dewald declined to disclose the firm’s revenue.

In the last couple years, Dewald said the company has improved its internal structure and developed an interface where clients can interact with tax preparers and consultants.

“Our primary consideration is infrastructure to host our sites and operate email because security is paramount,” Dewald said. “Another strong consideration is the talent pool we can draw from.”

Dewald, who graduated from Covington Latin School and Western Kentucky University, launched Bright!Tax after shutting down a business he ran in Erlanger for more than a decade. Dewald’s Opera Incorporated. was a national firm that closed in 2009 after the Great Recession.